Warning: Use of undefined constant DATABASE_SERVER - assumed 'DATABASE_SERVER' (this will throw an Error in a future version of PHP) in /nfs/c07/h03/mnt/173684/domains/uicdesign.com/html/info-aesthetics/2014-15/wp-config.php on line 28
 Jamie Harms | Information Aesthetics 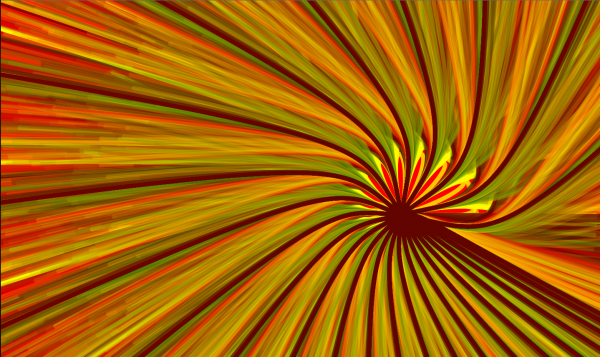 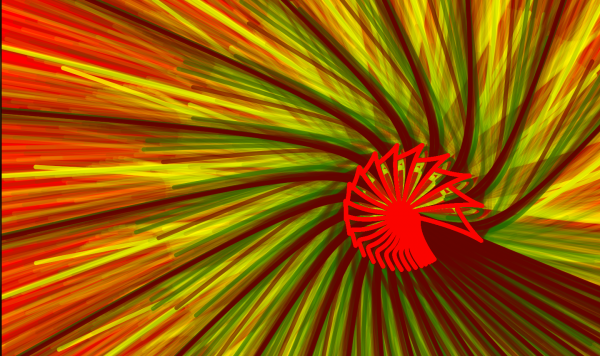 Funds nearly every progr¬am below

The Polk Bros. Foundation seeks to improve the quality of life for the people of Chicago. We partner with local nonprofit orga¬nizations that work to reduce the impact of poverty
and provide area residents with better access to quality education, preventive health care and basic human services. Through our grant making, we strive to make Chicago a place where all
people have the opportunity to reach their full potential.

The Federation for Community Schools

Provides a collaborative platform for all the initiatives below. Also analysizes their data and helps
sustain them.
Communications & Development Associate, Lauren Woodham
lauren@ilcommunityschools.org
312.836.0869

The Chicago Public Schools (CPS) manages the largest community schools system in the nation, known as the Community Schools Initiative (CSI). Awarded by the Coalition for Community Schools in 2006 with the Community Schools National Award for Excellence, CSI has launched more than 200 schools, in partnership with nearly 50 lead non-profit organizations, that
serve as hubs of their communities to meet students’ and families’ academic and non-academic needs to develop educated citizens and strengthen local neighborhoods.

Enlace Chicago is dedicated to making a positive difference in the lives of the residents
of the Little Village Community by fostering a physically safe and healthy environment in which to live and by championing opportunities for educational advancement and economic development.

The Little Village Community continues to be one of Chicago’s most densely populated neighborhoods with a high percentage of youth. However, it also continues to be one of the communities with the least amount of green space per capita.
The working-class residents of the Little Village community quietly support the way of life of all Chicagoans. Our residents staff restaurants throughout the city. They provide daily assistance as laborers in industries like manufacturing, landscaping, service, and construction. Yet our residents do not have access to the same opportunities available to those who employ them.
Neighborhood schools fall below state standards. Children play on the streets due to a lack of parks, playgrounds, and green space. Residents must consistently face the violence that sporadically erupts between gangs. Enlace Chicago works to improve these conditions through a preventative and proactive approach that strengthens our families, our neighborhood, and thereby, our city.

Chicago has been attempting to reform it’s education system in the last ten years by relying more on test scores, syllabus standardization and the privatization of schools. This has inevitably left schools with the decreasing scores, increasing debt and less community autonomy over facilities. As a result, Chicago Public Schools have begun focusing more on social factors that may effect a child’s schooling and have realized that the gap between minority and white students is widening from 35% gap in 2001, to a 47% in 2007. For many students, school may be a sanctuary of resources and so the facilities need to be able to develop them culturally. Community involvement in schools overall increases public opinion of the environment, test scores, and behavioral evaluations equally in minority and white students, which is the foundation of a strong community. New initiatives, such as CPS’ Community School Initiatives, and other grassroots programs successfully aim to create schools as a center of community for all ages. Chicagoans should be shown how their direct involvement within schools vastly improves program sustainability and functionality. This will hopefully represent students as more than a test score and innervate citizens to actively participate.

How is the school day partitioned?

What is your personalized perspective of school or initiative’s mission statement?

To what extent is your group able to fulfill its mission and what has been the most successful aspect and biggest fault?

How has your school or initiative developed since its origination?

How long does the school stay open for alternative events after class time and how is the attendance usually?

How do you incentive participation and contribution?

Can you describe some of the social dynamics in your community and your organization’s response?

What means of networking with user do you use?

This article outlines how information may be visualized and their varying roles. Hall contrasts historically significant examples that focus on technology, science and Art. Technology consists of bare canonized representation of data, while science engages in depicting correlation and become a too for future interactive studies. Artistic visualization casts a bias dialogue in their representation and aim to spur on action. Visualizations should take an enormous amount of thought. One must question how and whether it sways the viewers perception or delineates overly simplified trends. Nearly any set of data may be represented in a false manner and it seems that the everyday instances of visualization we stumble upon are extremely simplistic visuals to support an argument rather than teach. This is why Hall outlines examples of different techniques of visualization and how they are historically significant. This article argues that the artistry and technology of a visualization are inseparable and their impact must be thoroughly weighed.

I’ve been on a US Census binge lately and the accompanying visualizations vary in functionality. Some are plain black and white bar graphs (technological), others more interactive layered works that facilitate exploration. Not too many visualizations focus on motivating action since the site aims at mainly analysis. Below are two approaches to examining migration within the US. Both are interactive but their consumption of information is completely different. 1 is a very basic canon representation of the US map divided into counties. You can select the county and see where citizens moved and whether the state lost or gained population. The map may be overly specific and takes longer to consume than 2. 2 reduces a state’s migration into a radial spread around the state that is the origin. This representation allows the viewer to more easily compare flow. Therefore, number 2 uses more of a scientific approach though it generalized the information slightly and states with the smallest flow aren’t even labeled.

thesis: US drinking water varies widely between states and most disparities result from century old plumbing and decreasing regulation and funds within government.

data:Chicago’s drinking water is rated as the best due to water compliance, right-to-know reports, and source water protection.

thesis: “The positive effects (in academic achievement and behavior) of parental involvement hold for both White and minority children.”

data: “Parental involvement as a whole affects all the academic variables (academic achievement and behavior) under study by about .5 to .55 of a standard deviation unit. The positive effects of parental involvement hold for both white and minority children.” Pg 82

data: Two-thirds of schools (65%) either maintained or increased their parent engagement levels, while about one-third of schools decreased their parent engagement levels by 10 or more participants. Moreover, engagement of parents as paid or volunteer program staff increased at most schools, from about 13% of total staff in FY 2005 (or 3 parents per school) to over 15% of total staff in FY 2006 (or about 3 1/3 parents per school staff). Pg 5

thesis: To raise a country’s worth and create equality the nation must offer equal quality education so opportunities are equalized and citizens may offer the most possible, and education must be standardized using policy which requires vigorous testing.

data: “The United States has high levels of education and a large percentage of its workers in adult learning and training programs, and it spends lots of money on all these activities. And yet, it does worse than many countries with few advantages and resources. (And no, it isn’t just because of immigrants. About half of the OECD countries now have a larger percentage of foreign-born adults than does the United States)”

thesis: USA’s rank in education has gone down but our scores have remained the same while other countries have caught up despite our superior education budget. 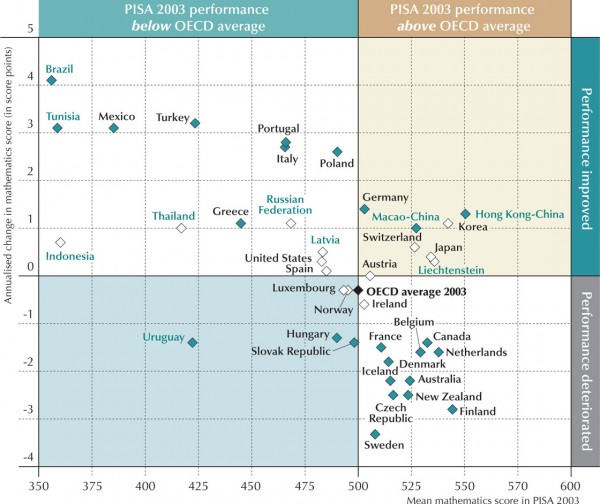 thesis: The DCSF has difficulty compiling reports and evaluating family history, which may have resulted in a third child’s death and long term abuse to 5 other children.

-Nearly five years earlier, in August 2008, DCFS found credible evidence of medical neglect against Rodriguez for the burn suffered by a 1-year-old son he fathered with another woman, according to agency records. Rodriguez was not criminally charged.

-DCFS spokesman Dave Clarkin said the agency did not know about the 2012 collarbone injury until it came up as part of the investigation into the Jan. 29 hotline call.

thesis: BBC investigates USA’s number of child deaths from abuse equated to CPS being an overloaded, bureaucratic system that tries to hard to leave family together, so communities should offer preventative parental classes to high risk families to end cycles of abuse.

data: America has the worst child abuse record in the industrialized world.

thesis: Child maltreatment is increasing most within those in urban poverty socioeconomic environments but they are substantially effected by preventative community measures. 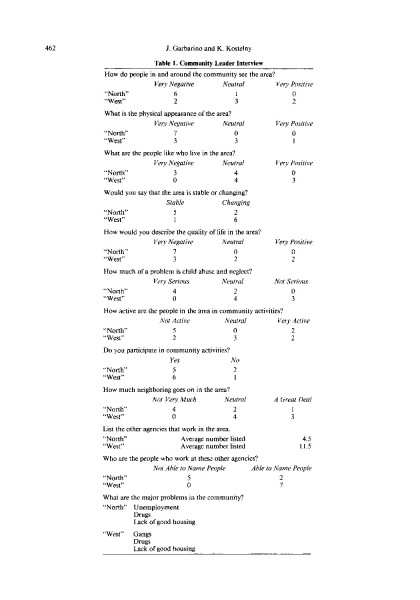 Thesis: Of all child maltreatment allegations, two thirds were investigated and of that 25.2% substantiated but 82.3% remain at home but there doesn’t seem to be any method or standardization on who will be placed.

data: Children for whom the most severe maltreatment type was identified as physical or sexual abuse were significantly less likely to experience an out-of-home placement compared to children initially reported with neglect as the most severe maltreatment type, while children with moderate or severe scores on the Vineland were more likely to be placed in out of home care. Although race/ethnicity was not a significant overall predictor, Black children were almost twice as likely to be placed in the follow-up period. Of note, substantiation of the maltreatment report was unrelated to subsequent out-of-home placement.

This initiative by Ald. Danny Solis was to rejuvenate old/negative spaces with positive community messages. Pilsen approached this initiative with a similar message and style as Mexican muralists Rivera and Orozco. Their images were a two part narrative of past cultural strife but then how a community combats this strife. Therefore these murals become a positive message against abuse and encourage community engagement. Though many of these were made by local Chicago artists, they were also in collaboration with Pilsen schools and enrichment programs. 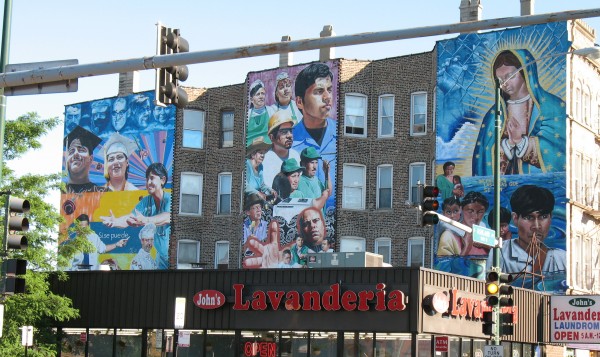 Wodiczko creates public installations discussing all topics of abuse. Basically He will cast a part of a volunteer’s body onto a public structure as they provide a confessional broadcasted to the public. These confessionals are meant to publicly discuss personal stories in correlation with a community so that the speaker may gain relief but also so viewers see that they aren’t alone or become aware of what is truly going on in their home. 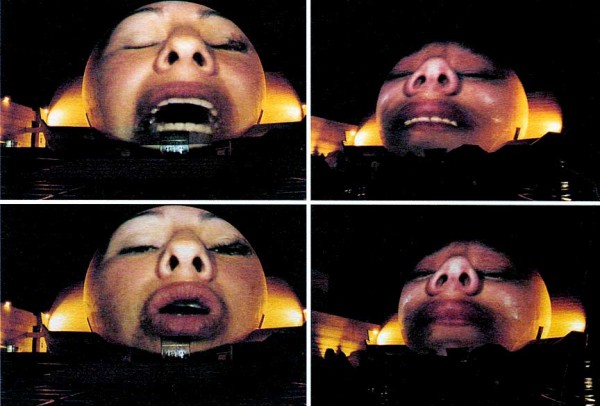 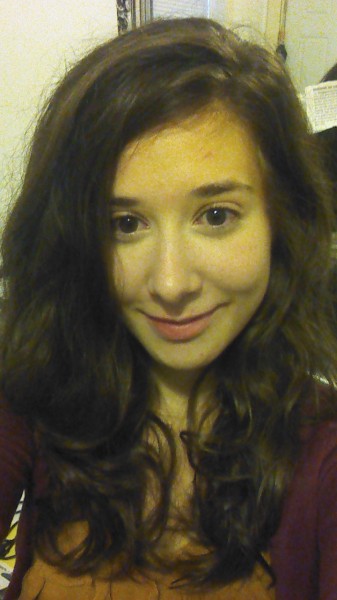